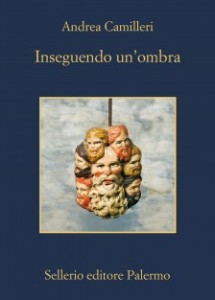 This is the story of Samuel Ben Nissim Abul Farag, Guglielmo Raimondo Moncada, and Flavius Mithridates. They are not three different people but one individual. Caltabellotta, near Agrigento, 1465. Samuel Ben Nissim belongs to the Jewish community; he is fifteen years old and wears a cloth badge sewn onto his shirt to distinguish him from Christians. Intelligent and well educated, he already knows several foreign languages. His father, Rabbi Nissim, has great ambitions for his son, whom he also educates in the cabbala. But destiny has other ideas; circumstances compel the boy to take refuge in a monastery. The promising young man becomes a converted Jew. Despised by the Jewish community and cursed by his family, Samuel isolates himself behind the walls of the monastery; he wants his family to forget about him. Educated in the Catholic faith, on his conversion he takes the name of his instructor, Count Guglielmo Raimondo Moncada. Later he moves to Rome, becomes a priest and makes his name as a preacher. The climax of his ecclesiastical career comes on Good Friday in 1481, when he delivers a sermon on the Passion in the presence of Pope Sixtus IV. Then something untoward happens: ‘falling into grave error’ – that is all the documents say – he loses his ecclesiastical status and disappears. We next come across him some time later under the name of Flavius Mithridates – the king of Pontus, famous for his knowledge of languages and for his resistance to poison – teaching the cabbala and eastern languages to Pico della Mirandola.
Camilleri explains that he came across this story in the summer of 1980, when reading Leonardo Sciascia’s foreword to the catalogue of an exhibition by a painter friend of his. Sciascia’s curiosity stimulated Camilleri’s curiosity; he felt a powerful urge to find out, to understand, to follow that shadow. He does not repeat the archival research that others have done before him, but approaches the character through the resources of fiction. Though peopled with many characters who really existed,Inseguendo un’ombra is not a historical novel, but a work of the imagination. After all, as Camilleri notes, ‘doesn’t the word invention come from “invenire”, which in Latin means to rediscover, to find again?’