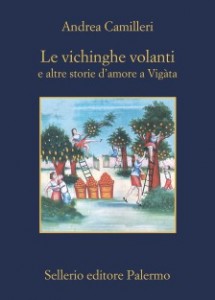 Camilleri is a teller of tales, unmatched in his ability to captivate readers with his stories, narratives as inexhaustible as The Thousand and One Nights. Vigàta is the theatre of his characters, prim bourgeois citizens, gullible fools, respectable men. And especially women; the dominant theme in this collection is love, viewed in its countless variants from passion to eroticism, from betrayal to Boccaccio-like situations. And the language, that unique and prodigiously inventive blend, adapts to a sensual material overflowing with desire, a delight in narration that is evident on every page.
In these stories, set at various times from the early twentieth century to the years after the Second World War – one of Camilleri’s favourite historical periods – people laugh and cry, a practical joke is always behind the curtain, as are the pain of betrayal, doubts about fatherhood, vendettas and hoaxes. In the title story four Swedish women put on an acrobatic performance, but the upper bourgeoisie of the little town doesn’t want to miss the chance of seducing the four ‘Nordic beauties’. Ecstasy or carnal passion? What is agitating the lovely Matirda, the central character of In odore di santità? A matter of conscience for Padre Lino. In Il terremoto del ’38 an earthquake shakes Vigàta, but in Palazzo Falconis, which remains intact, the number of women who live there doesn’t add up. And was it really an earthquake? The most attractive girl in the village is put up for auction in L’Asta, but as the offers rise the auctioneer’s hammer misses a beat.