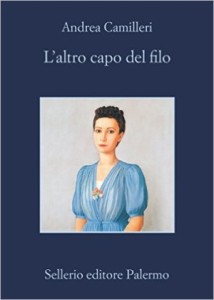 Migrants are constantly arriving in Vigàta and the whole village is involved in helping. The commissario and his men are fully engaged. Then one night, while Montalbano is in the harbour investigating yet another tragedy at sea, a different tragedy draws him away from the quay: in the village’s main dressmaking shop the dressmaker Elena is found stabbed to death with a pair of scissors.
The pages turn quickly. Yet reading has to move slowly. There is too much pain, too much despair, in the landscape of reality that we find ourselves passing through. The sea has become a huge common grave, the watery theatre of an immense tragedy of shipwrecked people: the hellish dimension of violence, the distorting mirror reflecting the ghosts of those who had put their hopes in the salvation of migration, even it meant coping with depredation and abuse, with the chilling screams of mothers and the silent tears of children unable to comprehend the horror that has taken shape in front of their eyes. How quickly can we read this slowly developing mystery play of the exodus of tortured humanity, betrayed by history and insulted by the politics of suspicion and selfishness?
In Vigàta, Montalbano is busy organizing landings, helping migrants and unmasking people-smugglers. He is assisted by the police, a few volunteers and two mother-tongue translators. They all do their best. They work as hard as they can, resolute and exhausted. Catarella is overcome first by compassion, then by anger, putting his innocent, raucous rusticity at the disposal of the charity operations.
The reader proceeds, compassionately, at a pilgrim’s pace. Not realizing that behind the pages a perfectly mysterious novel is materializing. Even Montalbano is taken by surprise. The stealthy arrival of the crime wakes him up with a jolt. Suddenly he finds himself holding a tangled ball of thread, which interacts with his dreams, inhabited by bedraggled cats, ready to lash out with their claws, or playfully pull a tuft of thread out of the tangle.
In this increasingly sinister novel, even objects lie in ambush. And details seem shadowy, making utterly unexpected associations. A dressmaker has been murdered – a widow respected by the local community for her beauty, worn with grace and modesty, and for the restrained privacy of her life. She had had love affairs, but they were quiet and unobtrusive, framed within tenacious friendship and domestic cordiality. Everyone is shocked. Even the abrasive pathologist, Pasquano, softens in the face of such an inexplicable murder.
Montalbano isolates himself in the silent architecture of the crime scene. He struggles to grasp an intuition which slides through his thoughts like a snake. He takes mental notes on his feelings. He reassembles them into a mental spectacle which he runs across the screen like a film. Finally he grasps the supposition. The relics that have survived the tumultuous passage of the murderous shadow point to the evidence of that shroud of memories into which the victim had sewn herself in complex, generous solitude; and lead to the solution of the mystery. 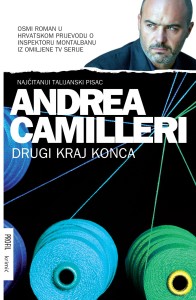